Bramwell Station is the most northerly cattle station in Australia and offers a wide variety of services to the Cape York Peninsula. Located 2 hours North of Weipa or Archer River and 4 hours South of The Tip, the station is a well known and well-loved stop for visitors to the Cape these last 40 years – but it is also famous for its location – the start of the famous four-wheel-driving challenge, the Old Telegraph Line track, fondly known as the OTL.

Rough dirt road conditions have been foremost the reason the far northern Cape has been regarded as isolated and remote, but since 2002, road construction works have vastly improved conditions and modern 4wd vehicles travel the main route up the Cape, the Peninsula Development Road and then the Bamaga Road with comparative ease – and then they can chose the OTL, Frenchman’s and other 4wd skill and adventuring track favourites.

Bramwell was first taken up in the early 1930s as a pastoral lease by Frank Monighan, and then passed onto Rod Heinemann of the Coen area, who jointly held it with Rosie and Jack Kennedy during their lifetimes and then kept operational by Rod’s wife Theresa until 2002, when it was taken up and operated by the family partnership of Vince Bowyer and Wendy Kozicka, already familiar figures in the Cape district, having grown up with their families on cattle properties in central and lower Cape York.

The Heinemann family – some of whom are buried at the homestead’s graveyard site, took the tourism initiative in partnership with APT Touring in the 1980s, with a welcome to visitors to the Bramwell Station homestead for the first time – though in those days it was just a few adventurous cars, and APT 4wd buses, per season. In the early days, Cape York stations including Bramwell, only had the cattle industry to rely on, and used to send their cattle south with droving teams, and Rod was one of the regular drovers with a team, mostly to the Mareeba yards, but poor seasons and the cattle price slump in the 1970s and 1980s made it difficult to make ends meet for the remote area properties, which continued to struggle economically, not helped by bad roads and long distances and high costs for freight, through the 1990s.

In the early 2000s, there was a surge of traffic coming to the Cape annually for adventure 4wd holidays and the annual tourist season became more of a viable industry, and cattle prices were not that bad, so on the back of improved economic opportunities, Bramwell Station, operated now by Vince Bowyer and Wendy Kozicka, managed to ride the growth wave, juggling the allowable diversification of businesses. Critical to the infrastructure growth at Bramwell, was the Government’s initiative in the early 2000s, to upgrade the very poor road systems in the Cape. Based on Vince Bowyer’s prior roadworks experience, Vince and Wendy formed the Bramwell Station Earthmoving Contracting business in 2003, and have been major roadworks contractors engaged in road maintenance and development in northern Cape York. Cook Shire’s support of remote area-based construction businesses allowed Bramwell an income stream which could fund huge changes and developments to the station over the next 20 years, so that Bramwell could keep up with the rest of Australia, despite its remote location and economic disadvantage from roads still closing totally for up to five months annually because of the Wet Season.

Infrastructure developments in the last 20 years included new self-contained room accommodations, campgrounds and new Tourist Park Bar and kitchen complex; the development of the Roadhouse from scratch, build fences, dams and roads and infrastructure for the cattle industry part of the station, as well as develop Bramwell’s roadworks business, and its plant and equipment. As well (with the initial help of Telstra bulldozers in 2008), clear and develop a 1.2km all weather airstrip with solar lights, used by the RFDS day or night in emergencies as well as passing air travellers and the weekly mailplane.

In 2003, Vince and Wendy also first opened for business, the station’s own Roadhouse, at the junction of the Bamaga (Southern ByPass Road) and the OTL. Today, Bramwell Junction Roadhouse provides vital service and communications for the Cape’s Far Northern District and is an important stopping place for the Cape’s visitors and as well local community people. The roadhouse is open daily, even in the Wet when roads still close for several months from high flooding levels in creeks and rivers.

The Roadhouse offers fuels, takeaways, cold drinks and icecreams, souvenirs and basic supplies, has a liquor licence and campground and of course, the internet is set up so that travellers can easily connect to their homes.

Just a few kilometres off the main Bamaga Road is the main homestead, and the home of Bramwell’s Tourist Park, the business first opened for trade by Rod’s wife, Mrs Theresa Heinemann. The original Bar, where Mrs Heinemann used to serve drinks and was known for her excellent station cooking skills, now houses a pictorial museum of many of the old people who called Bramwell home.

Today, the Tourist Park has now been taken on by Mr Ken Godfrey, a long-term associate, almost 20 years, of Bramwell and its tourism industry, and Ken has introduced live entertainment in a very Bramwell style, as well serves up a very popular fresh food buffet in the Tourist Park’s open air and spacious Bar area. Once again, the internet is beamed in by satellite dish so that all visitors can access their phones. 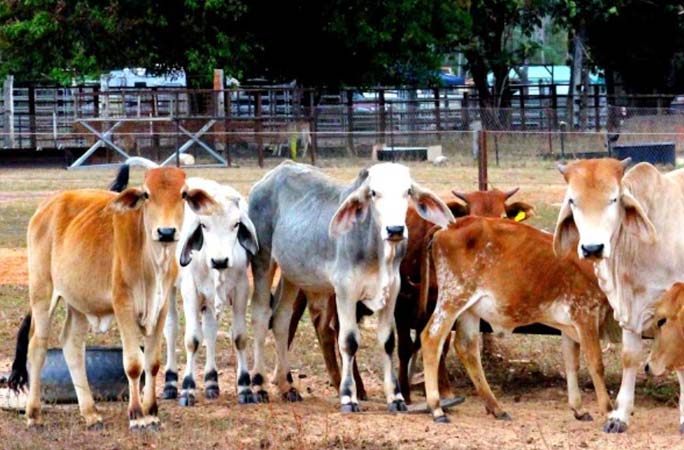 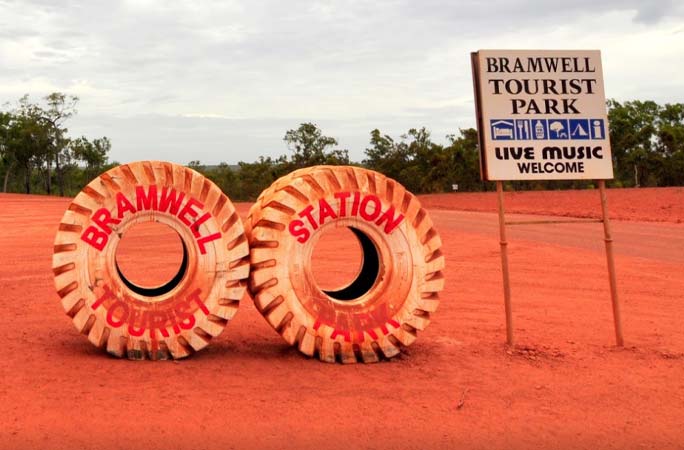 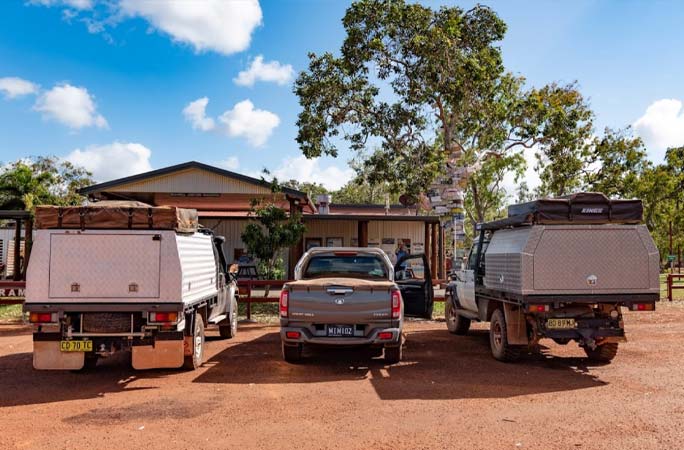 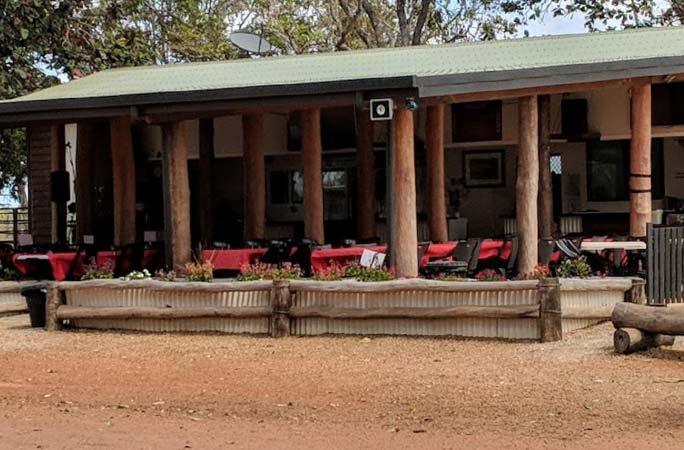 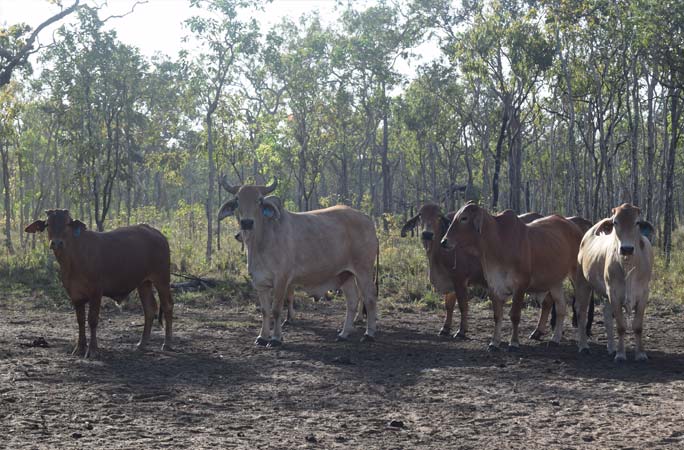 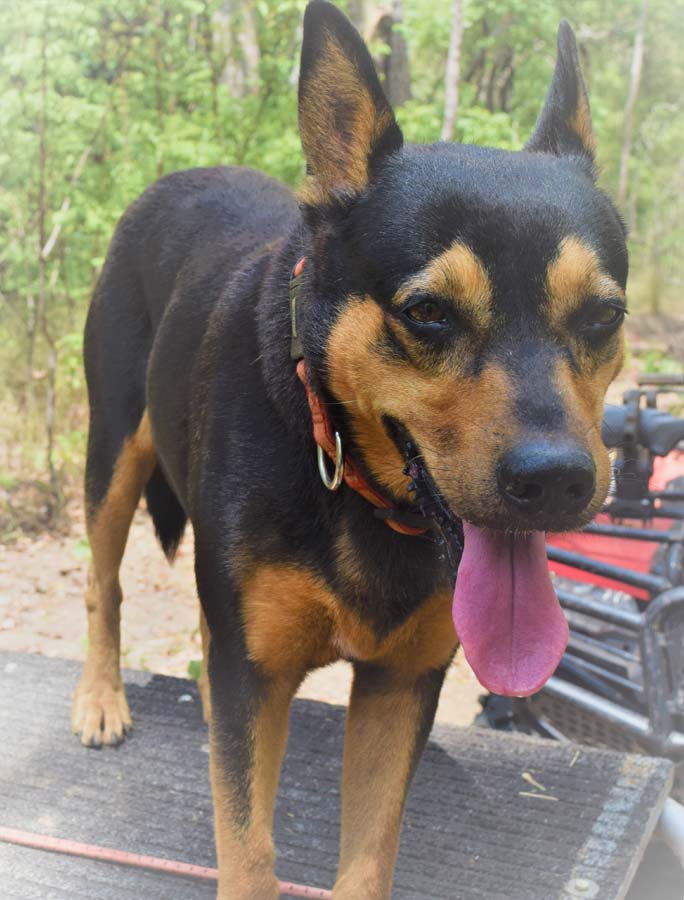